How To Deal With Racist Social Media Posts By Employees

An appalling after-effect of England’s defeat at the Euro 2020 final is an influx of racist posts about the players on social media.

The employers of some individuals who have made racist comments have been identified, causing severe damage to their reputation and credibility.

We outline below the steps you can take to deal with employees who have made racist comments on social media.

The increase in racist and hateful comments across social media platforms has been evident in the past week.

Although most of these racist views have been expressed via individuals’ private accounts, there have been calls for employers to take accountability for their employee’s actions.

A notable example of this is a racist tweet by an employee of Savills Estate Agents, which resulted in members of the public denouncing Savills and demanding that the employee be fired.

Savills responded quickly to the backlash by suspending the employee in question to thoroughly investigate the concerns and emphasise their strong no-tolerance stance on racism and discrimination.

The Savills example above demonstrates the extent of reputational damage that an employee’s personal misuse of social media can cause to their employer’s business.

Suppose an employee makes racist, discriminatory, or otherwise offensive comments on social media, and it is clear from their profile that they work for you. In that case, it can bring your company into disrepute as it suggests that you condone their behaviour.

Given the influence and accessibility of social media, it is now expected that employers will hold employees responsible for any posts on their personal accounts which contradict business values.

If one of your employees makes racist remarks on social media, you could be vicariously liable as their employer for any resulting discrimination claims if the remark is made ‘in the course of their employment’.

Whether an employer is held responsible for an employee’s discrimination via social media will depend upon the circumstances.

Some key factors taken into account by a tribunal include whether the relevant posts were made during working hours, whether company equipment was used, and whether any references are made to the employer on their account.

For example, an operations clerk of Somali origin successfully brought a claim for harassment against her employer on the grounds of race and sex due to offensive comments made by colleagues in a WhatsApp group.

Derogatory messages about the operations clerk were made by other employees during working hours and using the company’s computers.

This case demonstrates how the distinction between an employee’s private use of social media and their conduct at work can be blurred, meaning employers must take a more pro-active stance.

The main issue here was that the employer failed to take sufficient action upon being made aware of the racist and sexist comments against the claimant.

To reduce the likelihood of you being held vicariously liable in this way, you should take all reasonable steps to eliminate discrimination in your business, such as:

What Can Employers Do?

Due to the risks of reputational damage and liability for discrimination claims, we advise you to take a cautious approach and investigate any concerns about an employee’s inappropriate use of social media, which may amount to misconduct.

An employee’s private use of social media outside of work can constitute misconduct, so it would still be appropriate to investigate such posts if you reasonably believe that they harm the employment relationship.

It may be necessary to temporarily suspend the employee whilst such investigations take place to show clients and the wider public that you are taking the matter seriously and to protect the business from any further backlash.

Whether disciplinary action is justifiable following an investigation will ultimately depend on the circumstances.

Disciplinary action should only be taken in respect of an employee’s conduct outside of work, which includes their abuse of social media, if it has an adverse effect on the business or the employment relationship.

An employee’s racist social media posts are likely to bring their employer’s name into disrepute and harm working relationships with both colleagues and clients if such posts are easily accessible and the employer is identifiable.

Therefore, disciplinary action would be justifiable in these circumstances.

The appropriate sanction (i.e. first written warning, final written warning or dismissal) will depend on the severity of the comments and the impact upon the employer’s business.

If the social media posts constitute harassment against another employee or they are so offensive that they have brought the company into disrepute, this will most likely amount to gross misconduct and justify summary dismissal.

Even if the employee’s misconduct is serious enough for you to reasonably dismiss them in the circumstances, a fair dismissal process should be followed to protect against the risk of unfair dismissal claims from employees with over 2 years’ service.

You should conduct an investigation into the comments made on social media, arrange a disciplinary hearing so that the employee can defend the allegations and allow them to appeal the decision to terminate their employment.

We highly advise having a social media policy in place, which clearly sets out your expectations of employees when using social media in both a professional and personal capacity.

A comprehensive social media policy which governs an employee’s use of social media both inside and outside of work will give you greater scope to fairly discipline and dismiss employees who make racist comments online. 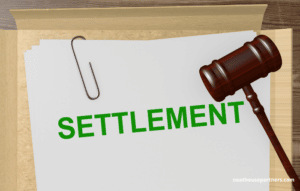