Is An Email A Legal Document? Be Careful, Here’s Why…

In today’s increasingly digital world, we rely on email and mobile communications more than ever.

This might leave you asking the question, ‘is an email a legal document?’ Unfortunately, the answer isn’t as clear-cut as you might think.

Emails can be legally binding.

However, to be classed as legally binding, they need to include the five legal elements of a contract. These are:

If the email does not contain these five elements, it cannot be legally binding.

So, before you rely on an email as a contract, you must ensure that it contains the five elements of a contract.

In this article, we’ll discuss whether emails are legally binding in more detail, as well as exploring how you could accidentally enter into a contract via email.

We’ll also examine whether an email could be used as evidence in court.

Can An Email Be Used As A Contract?

Many people wrongly assume that a contract requires a physical signature to be legally binding.

The truth is, emails can be used as legally binding contracts, providing they contain the five elements of a contract.

In fact, a contract can be presented in almost any form, providing that the terms and conditions are clearly stated, and there is clear agreement by all parties to agree to the terms of the contract.

So, an email can be used as a legally binding contract, as long as:

Providing these five conditions are met, your email forms a legally binding contract.

However, if you’re unsure, it’s always best to check with a solicitor or lawyer.

They will be able to check your email and confirm that it meets the conditions to be legally binding.

Looking for advice on employment law?

Contracts aren’t always clear-cut, and when you’re communicating by email, you could find yourself caught in an implied contract.

So, it’s essential that you understand what an implied contract is and how you can avoid becoming caught in one.

An implied contract is formed when it is reasonable to assume that an agreement is in place.

In this instance, it would be reasonable to assume that an agreement had been made, and the employee had accepted the terms and conditions of employment.

However, as the contract was not explicitly stated, it would be classed as an implied contract.

To avoid falling into an implied contract, it’s essential that you make all contracts explicit.

This means setting out the terms and conditions in a clear and concise way and ensuring that all parties agree to the terms before work commences.

It’s also a good idea to expressly state in the email that the discussion is ‘subject to contract’, and that the communication is not intended to be binding. 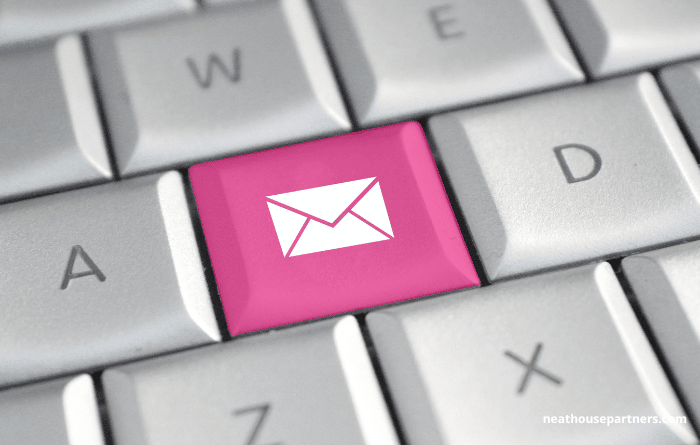 How To Avoid Creating An Email Contract

As we have already discussed, emails can be used as a binding contract.

But what if you want to avoid entering into a contract when you send an email?

There are a few things that you can do to avoid mistakenly entering into a contract via email.

The most important thing to do if you want to avoid creating a contract by email is to state that the discussion is ‘subject to contract’.

In the example above, you’d discuss the terms and conditions of employment with the potential new employee, offering a start date ‘subject to contract’.

This makes it clear that the job offer is not yet confirmed until a physical contract has been signed, and a contract is not being created by email.

You can also add a disclaimer to your email footer to state that discussions via email do not constitute a legal and binding contract.

This will help to further protect you from entering into implied contracts.

It’s also a good idea to avoid using terminology such as ‘agree’, ‘accept’ and ‘agreement’ in your emails. This can help you to avoid accidentally entering into a contract or accepting terms that you don’t agree with.

Can An Email Be Used As Evidence In Court?

You might be wondering whether an email can be used as evidence in court.

The answer is yes – emails are often used as admissible evidence in court.

For example, if you request a quote from a supplier for personalised goods and then respond to say that you accept their quote and wish to proceed with the order, a contract is created.

If you then change your mind and refuse to pay the supplier, you could be taken to court for breach of contract.

This is because a contract was created when you accepted the terms and conditions of the sale in the email.

The email could then be used in court as evidence that you entered into the contract and agreed to pay for goods supplied.

That’s why it’s so important to understand how contracts are entered into and to state ‘subject to contract’ in your email if you do not yet wish to enter into a contract.

In the 21st century, we rely on digital forms of communication more than ever.

Whether it’s email, text message or even social media conversations, communication is faster and easier than ever before.

However, it’s important to be aware that contracts can be created in any form of communication, including emails.

So, the answer to ‘is an email a legal document?’ is a resounding yes, providing all of the correct elements of a contract are in place.

So, the next time you send an email, consider the language that you use and ensure that you are covered by including the phrase ‘subject to contract’ alongside any negotiations. Is A Workplace Dress Code Still A Necessity Post-Covid?

During the COVID-19 pandemic, the workplace looked very different for many people. A large proportion of workers were required to work from home where possible